Getting the blogging thing started has been a litle bit of a chanllenge.  Thankfully my husband been a wonderful help.  Now onto what's new...

I have been working on tatting snowflakes for my holiday cards.   Note to self; Small seed beads dont cost any extra to mail.  While working on all the snowflakes, I'm learning how stitiches should look at the junctions, also the tale that goes through the needle should always lay on top of the previous work.

Crafting has been a part of my life since I was born.  My parents got married in the late 1960's, had my brother, moved to Germany, where my father served his military time,  mom moved home just in time to have me (*-*) and dad was soon to follow.  Our Family didn't have much money, but that was OK. We got to visit family all the time.  Woman,s crafting was everywhere.  Sewing, canning, needlework, Washing and hanging cloths out to dry, Making meals, Making crafts to sell at the local festival, ETC.

I may not have noticed all that was going around me, but I was learning a lot!!!  At an early age I got interested in knitting and crocheting.  I made simple things, put it away for a while, then come back to it another time.  One thing that amazed me was I could remember (maybe not on the first try) how to cast on, off, knit, purl,  read the patterns and understand what they are saying.  I found my secret code, one that I could understand and others look at it like its gibberish.  I would assume it is like people who can read math, music, computer code, ...

Of all the different crafting that is around, I find the Needle Work crafting the most interesting.  My Grandmother Mable liked to do embroidery.  In her early to later years she would embroider squares, that my mother would then turn into blankets.  These were then donated to a local hospitals nursery.  When visiting my father's Grandmother in a small town an hour northwest of us.  I remember the women in the family did some specialized crafting.  My Two Great Aunts (Ena and Vera) made dainty crafts for their local Butter Festival.  I think they made and sold other things as well, but my Great Aunt Veras' little angles she made were so interesting.  Personalized Christmas ornaments were given out each year.  Some of them we couldn't take home because they were for Great Grandmas' Christmas tree.  All my cousins had special ornaments too and it was fun to look for family members.

Through out my life I had done a lot of different types of crafting.  One craft that I thought I would never understand as Shuttle Tatting.  My Great Aunt Ena could tat.  I remember one of our visits, she and my mom sat down and Shuttle Tatting was taught.  Neither my mom nor I could untangle that horrible mess!  Mom and I silently checked trying 'that craft' off the list.  The closest I got to tatting over the years was crocheting dollies. Those cute little picots kept calling to me though.  /the shuttle, not so much......   Then The Needle Tatting was discovered!!!

It started with me making crocheted snowflakes.  I was really upset that my best-est friend moved to California.  I needed to get out of my head and be constructive.  I tried to excel at my full-time job, but no amount of music could get me out of my head.   I turned to crocheting snowflakes.  The numbers and patterns called out to me. I enjoyed  mastering pattern, moving on and mastering another.  I had made so may snowflakes I decided to give them away in my Winter Solstice cards.  Friends and Family loved the special surprise.  On the look out for something new and unique to make the Needle Tatting started to show up.  I decided that I since I already had yarn/thread I could use, I went out and got tatting needles.  I borrowed books form our library and watched a couple YouTube videos.  Soon Lots of mofits were made.

Where am I now?

I really have no idea what the future holds, but I do know that I can write about the things I'm experiencing.

I'm currently working on Snowflakes with beads.  For some reason I'm having difficulty.

I have recently discovered needle tatting. I found shuttle tatting difficult when I tried it a few years back. For Me needle tatting to so much easier and actually fun to do.

Hope this is usefull to others, as well as myself. 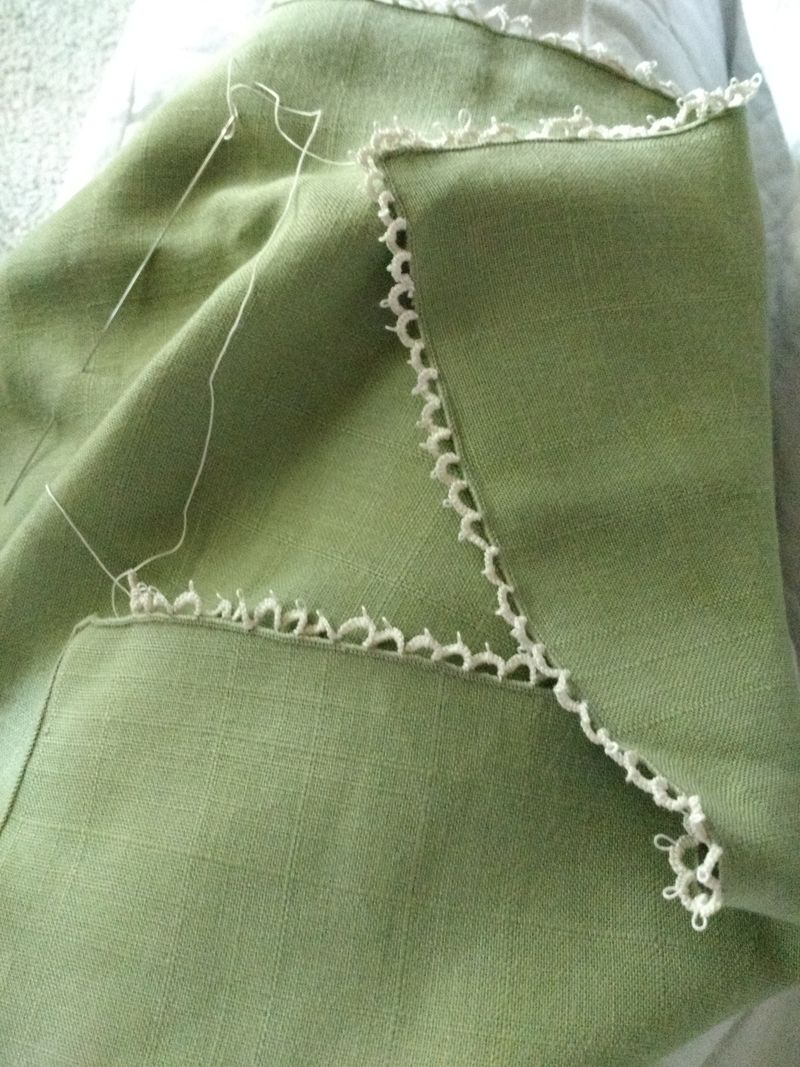 To be specific needle tatting.  Not shuttle tatting which is horrible.